When we think of mid-century modern living room design, we’re reminded of the distinctive look of the 50s and 60s: retro pod chairs, geometric patterned rugs, kidney-shaped tables, and the infamous puff-style ottomans.

The mid-century was a versatile era where independent lifestyles, psychedelic substances, and alternative artistic movements coexisted in the same age as conservative attitudes, booming industrialism, and a minimalist approach to style. Since the rugs of the era tended to reflect the social and political movements, the mid-century modern style has come to define a new generation of interior design. Mid-century rug patterns are characterised by retro geometric patterns and shapes, bright and bold colours, and large floral arrangements. Here are a few tips to help you style your rug and create a mid-century look in your living room. 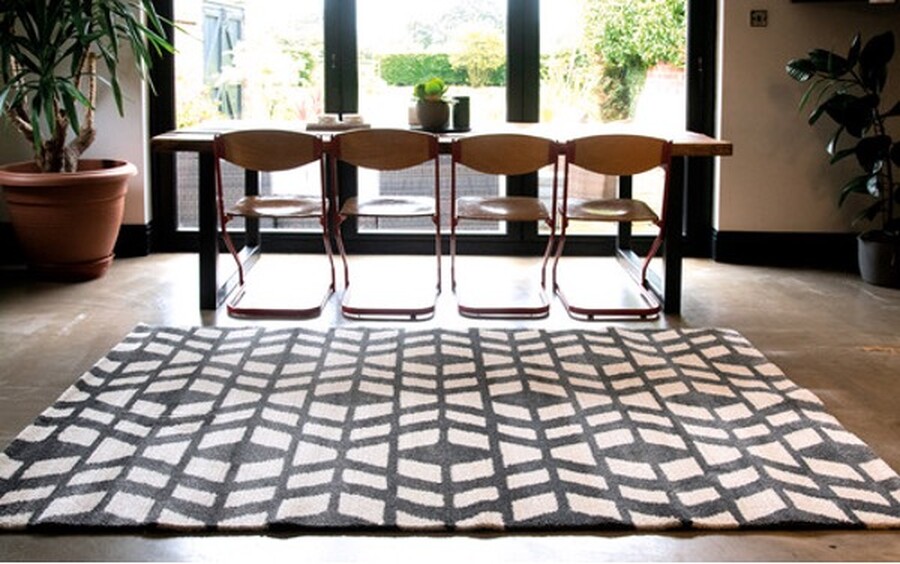 Geometric patterns and shapes were all the rage in the mid-century, with many art pieces, ornaments, and rugs reflecting this trend. Interior décor at the time was heavily influenced by the post-world war Art Deco movement, which celebrated bold geometric patterns, irregular shapes, monochrome colours, and vivid lines to create a stand out style which transgressed against the suburban subtly of traditional 1950s décor. The 60s were all about expressionism and boldness, embodied within a mid-century modern style.

Take this Fjord Woven Geometric Rug pictured above. It wakes up the living room with its statement geometric print and instantly injects motion and energy into a space. It demands to be seen and will own any area that it enters. 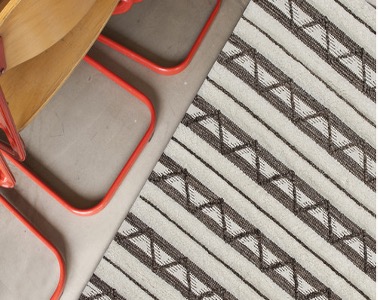 With roots in the Industrial Revolution, which was also occurring during the Mid-century, this utilitarian style of décor incorporates a lot of flat-pack furniture consisting of wood and metal. The useful style is functional and unfussy, designed to be practical with basic materials and design.

This style pairs well with monochrome geometric prints because they clash beautifully as two contrasting aesthetics. The clean slimline frame and minimalism of the metal folding chair contrast brilliantly against the chaotic design of this Moroccan style geometric rug. However, the simplicity of the decor doesn’t take away from the exciting elements of the rug and instead accentuates the pattern. The streamlined design of the chair also creates the illusion of space and, as a result, makes the room appear more spacious and lighter. Lamps, tables, and other pieces of furniture also follow this pattern of highly functional, uncomplicated designs with metal and wood finish so you can coordinate your space accordingly.

When selecting a colour for your furniture, choose vibrant colours which will make them pop out of the scene against monochrome print. For example, look at how the deep blood orange of the metal chair frame offsets the white and black pattern of the rug. 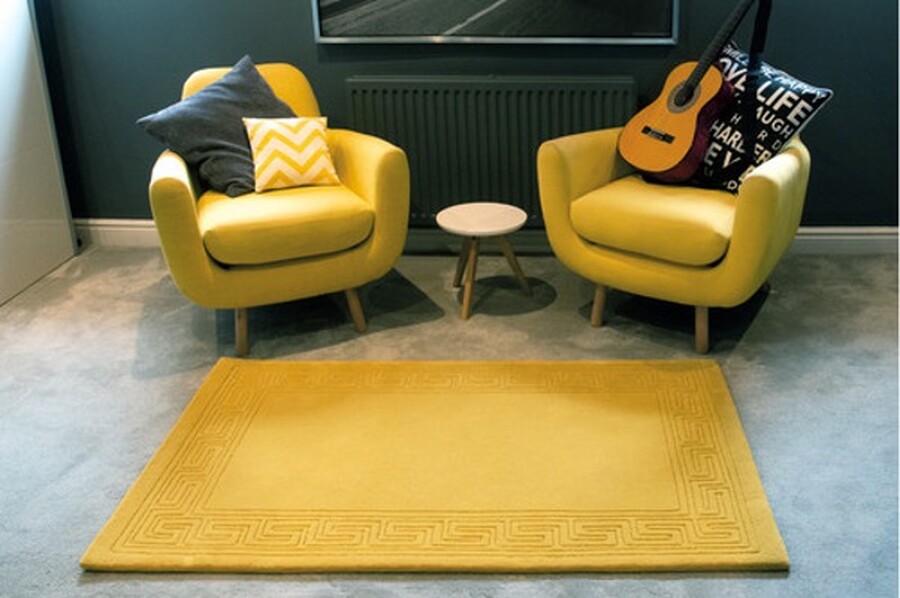 The rapidly changing and increasingly expressive mid-century was characterised by a palette of rich, bold, and bright graphic pops of colours. Vibrant hues of mustard yellow, ochre brown, and pea-green were typical of the décor of the time and signature colours for wallpaper, carpets, curtains, sofas, chair seats, and especially rugs. This Mahal Indian Rug (above) bursts out of the scene, creating an uplifting atmosphere. 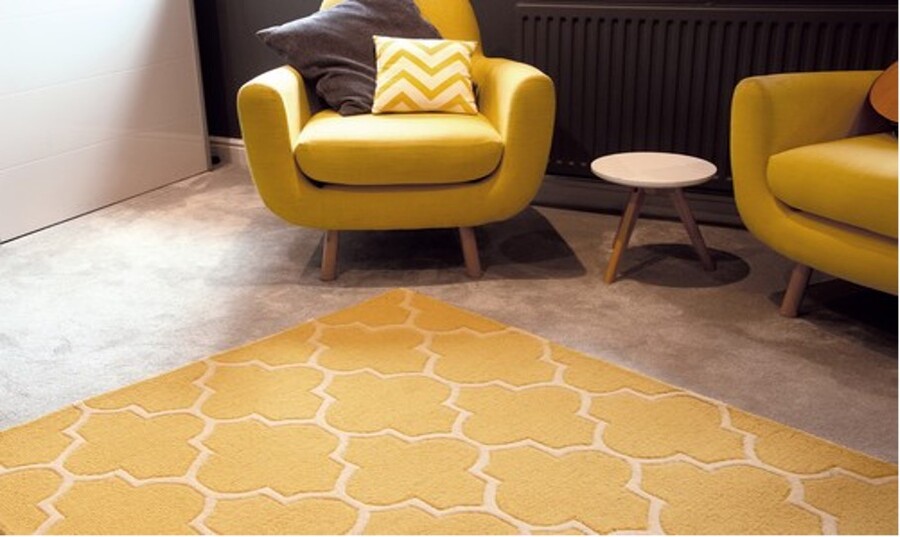 The mid-century saw the first stages of space exploration in the 1960s and 1970s, and thus, the Space Age aesthetic was born. The space-age produced some iconic styles, with futuristic and abstract designs, where furniture was manufactured in unusual shapes and characterised by tapered legs and rounded corners. A mid-century sofa or armchair makes the perfect for a living room, especially when the colours coordinate perfectly with a signature yellow rug.

Take the pod-shaped chair (above), with its puffed-up upholstery and narrow peg legs, and look polished and put together next to the yellow Indian Lattice Design Rug.