The end of an era - FrithRugs Cannock closes its doors

After 20 years of trading, FrithRugs Cannock store has now just closed its doors for the final time.

The Directors would like to thank their loyal customer base who have supported FrithRugs for two decades, but most of all we want to express our heartfelt thanks to the fabulous staff we have worked with for so long.

The decision to close this branch of FrithRugs was largely due to the increasing cost of rent as well as the success of our online store frithrugs.co.uk and we have kept staff fully informed of our decision and subsequent developments. However, it was a sad day when this particular chapter of the FrithRugs story ended and we said farewell to our colleagues and friends. 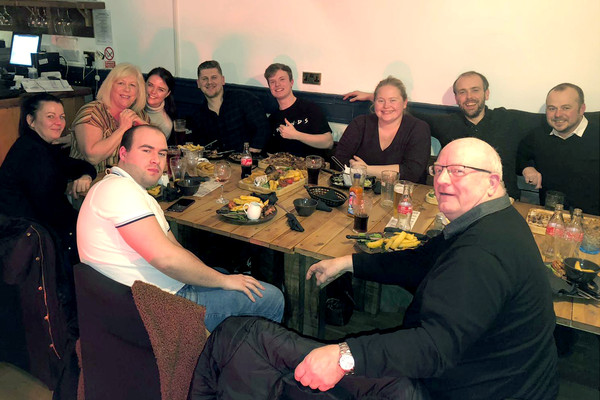 On our last evening, we enjoyed a wonderful dinner at the Holy Smoke in Cannock, where we shared stories and memories of our time together. Now, we wish all staff the very best for the future, the majority of staff already have their next steps planned and we once again, thank them for their years of service with us.

As well as a considerable online presence, FrithRugs has four remaining smaller stores in England and Wales as well as several franchises.