The runaway success of Netflix's Bridgerton has catapulted Regency Interior style to the mainstream once again, find out all about it in our one-stop guide 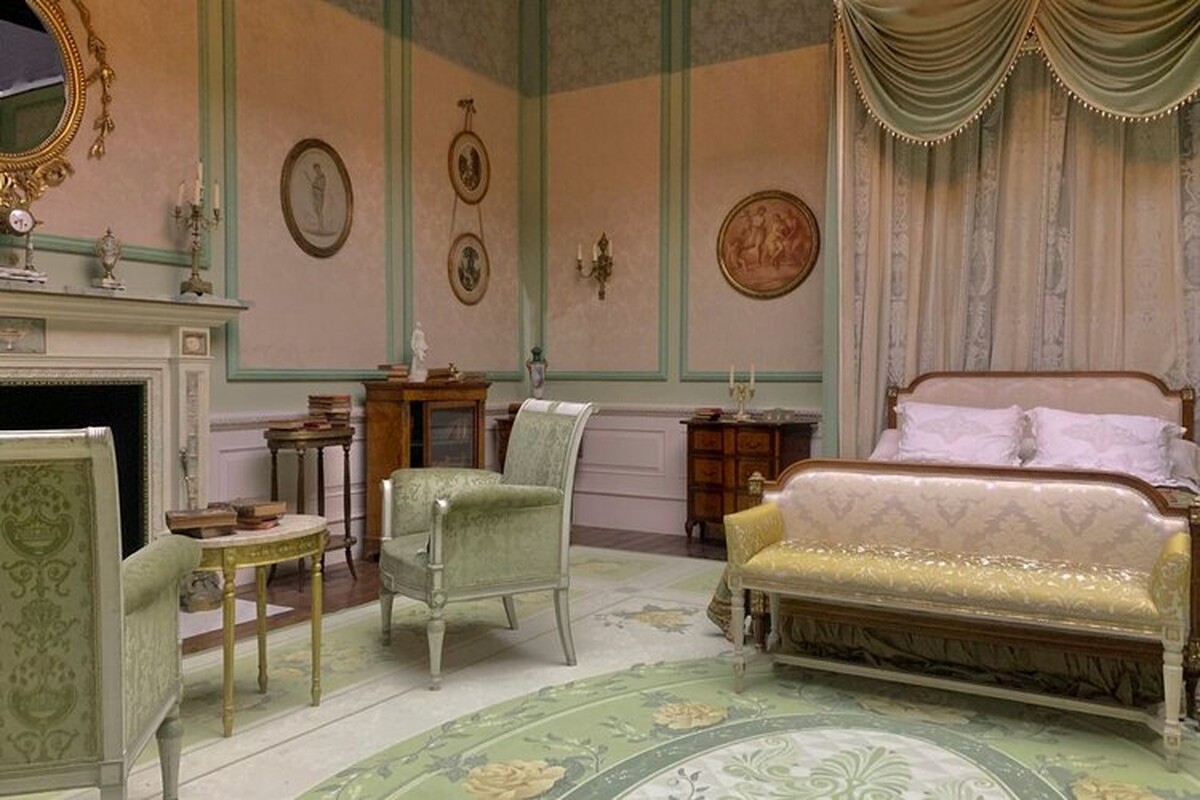 Bridgerton, Regencycore & The Enduring Style of the Regency Period

Bridgerton, the global phenomenon became Netflix’s most successful TV show ever when it reached over 82 million households around the world earlier this year. Whether you tuned in for the raunchy bedroom scenes or the mystery of Lady Whistledown – one thing kept our attention all the way through were those stunning Regency inspired interiors.

To celebrate this distinct and lavish style and understand its legacy in interior design today, we’ve put together our own guide to Regency Interior design – talking to the researchers and experts who know it best.

What was the Regency Period?

The Regency period was between 1811 and 1820, when George Prince of Wales became Regent of Great Britain, in place of his father – the ‘mad’ King George. It is generally seen as a period of great cultural change and significance, especially in the arts.

What influenced its distinct style

The Prince Regent was an ardent champion of arts, decoration, literature and music who instilled this passion into the upper echelons of British society. A well-travelled man with expensive tastes, he helped popularise vibrant influences from all around the world.

The Prince Regent’s love of excess was heavily influenced by the similarly lavish French Empirical style just across the channel and also by countries further afield. As travel and imports became easier, expensive and exotic fabrics and upholstery became more readily available for the richest. Persian rugs, for example, imported from modern-day Iran, were coveted for their colourful, elaborate patterns and were soon a staple feature in the homes of the aristocracy.

The Regency style is probably something you’re very used to seeing on TV. When we think about what it looks like, we’re generally looking at the homes of the Royals, aristocracy and friends of the Prince Regent. These homes took inspiration from classical Greek architecture and interiors and infused them with vibrant, contemporary patterns and quality upholstery, rugs and carpets.

Elaborate, wooden fauteuil furniture, popularised on the content was popular and the homes of the richest were adorned with extravagant gold and crystal accessories. There are some great examples of Regency period homes you can visit today, including the stunning, Ickworth Park, in Suffolk.

Regency-core and the legacy Regency style

Even before the success of Bridgerton, the obsession with the Regency period has never gone away. From literature to film, the romance and luxury of the period is always in fashion and always draws crowds. The annual Jane Austen Festival, for example, a 10-day festival celebrating the period draws revellers from all over the world every year, with many revellers spending the duration of the festival in full Regency costume.

Regency Core, or ‘Royalty Core’ is a modern interpretation of the style of the Regency period. Around the world, amateur and professional designers are taking inspiration from the elaborate patterns and lavish style of the furnishings and patterns but bringing it back up to date. In 2021, the focus is on bright pastels, classical flair and touches of glamour. It is, to put it simply, heaven for Instagrammers.

Bringing Regency into the 21st Century

While the Regency period was all about excess, there are ways to infuse the style of the period into your home with more subtlety. Whether it’s using accents of the vibrant patterns that characterise the period in upholstery or rugs and carpets or choosing neo-classical accessories that give a nod to Greek influences, you can take the best from the period while still maintaining a more modern style.

Regencycore is all about modernising a traditional look. What better way to introduce those bold patterns than with a beautiful pastel print upholstery? We love these simple, pastel patterned cushion covers from H & M. They go great against the block colours of a more boldly coloured sofa.

Ornate, luxury mirrors can make a bold statement, especially when contrasted against more neutral painted walls – giving a taste of the glamour of the period without going overboard. This Simone Guaraccino is just the right balance of glamour and chic.

Bursts of pattern and florals

A feature wall with a bold floral pattern on can really make a statement in a bedroom or living room, without making the room feel too claustrophobic. This Graham and Brown wallpaper is a great example of a bold, modern take on florals.

We can’t get enough of these Greek pillar stye candles from Collective Matter. The Regency period was awash with Greek influences and these stunning candles can be a stylish, subtle (and slightly kitsch) nod to the period.

Persian Rugs were massive during the Regency period – you only have to visit any stately home to see that. Whether you want to follow a more muted palette or go for something bolder, a Persian rug or Indian patterned rug is a real statement piece when contrasted against a dark wooden floor.